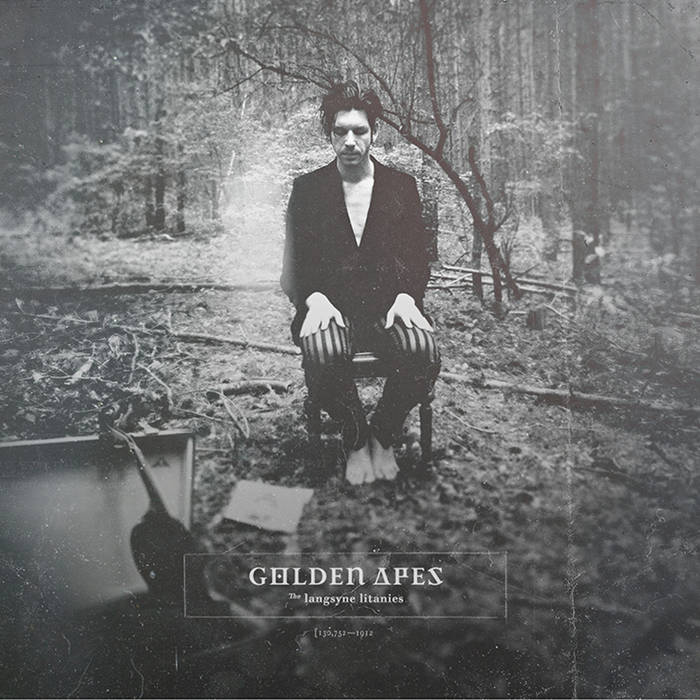 After "Riot", the latest official output from 2012, the GOLDEN APES will release "The Langsyne Litanies" on October the 31st at last, for clearing the way for things to come.

Inspired by their acoustic tour earlier that year the band chose 5 personal favourites from their canon to reinterpret them while looking back and rearrange them while taking a step forward, deliver them from the chronological dust and restructure their tonal nucleus. By using mainly acoustic instruments, like classic guitars, percussions, a cello, flutes and even a tuba (sic!) the process bore a soundscape wherein familiar sounds reflected in a new way, sloughed aurally and detached from any tense.

Including 3 brand-new tracks "The Langsyne Litanies" became more than the planned EP, but an album that mirrors the band's versatility and their many facets in an unusual and impressing way.