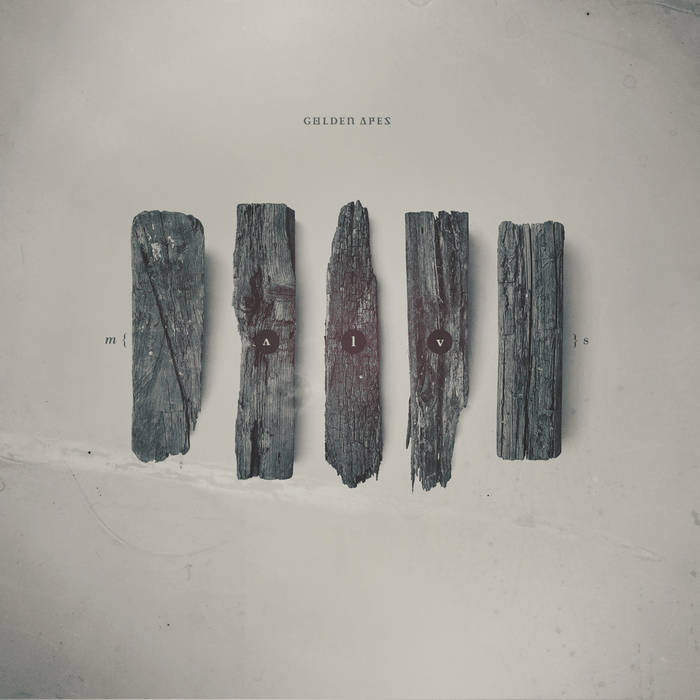 M Ʌ L V S is departure.
With their 8th studio album M Ʌ L V S, Golden Apes have again widened their horizons by extending the scope of their sonic language and by adding a new layer on the canvas of their music.

M Ʌ L V S is interference.
In its 13 tracks the band sounds more versatile and more experimental than ever before.
If they used to deny stylistic borders so far, now they simply ignore them to grant every song it´s proper setting, it´s atmospheric biotope.

M Ʌ L V S is faith.
There´s the leaden sweetness of songs like “Shadowplay”, the vast claustrophobia of “Drown”, “Verity”´s surging energy, the spare dignity of “Correlation” or the disguised melancholy of “Halving Moons”…It is the ambient scope that marks the poles of M Ʌ L V S, the diversity of percepts that is the album’s DNA. And that is the only direction selected.
In the end you might label it Goth Rock, name it Darkwave or brand it Post-Punk, but you better call it music that churns and calms, music that consoles and agitates, music that can touch you while passing in the distance. Music that fills your heart with honey and nails.

M Ʌ L V S is correlation.
Arisen from the essence of the last four years, M Ʌ L V S seems to reflect upheavals and contemplations of the band’s macrocosm in the same way that it appears to mirror departures and homecomings on an interior level, bind transition to reliability, take memories to new places.

M Ʌ L V S is deliverance.
Never before has the band worked in such a self-contained and autonomous way, has avoided any kind of external involvement during the recording and mixing process, has skirted practices for new influences, like the guest-singing of The Frozen Autumn´s Froxeanne, and has refused any offers that would have resulted in a limitation of the time the album’s genesis was going to take.